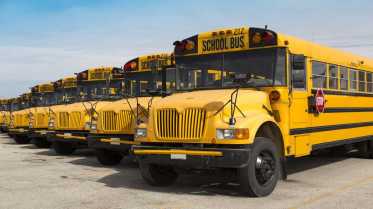 I’ve been an avid supporter of home-schooling — and an avid opponent and staunch critic of public schools — ever since the mid-1980s, when Ronald Reagan’s Department of Education — the one that he promised to abolish back during his first presidential campaign! — published its report, “A Nation At Risk,” on what was wrong with the nation’s public education system.  That was a watershed event.  At least it seemed like one to me.  It was one to a lot of people who had been fighting the education battle for a lot longer than I was even aware there was one.  That was also 20 years after Rushdoony’s book, The Messianic Character of American Education, had spelled out in great historical and theological detail what was REALLY wrong with the system.

Well, the passage of time hasn’t moved us any closer to any real “reform” in the public schools. At least not in the sense that people living in the real world would define it. And especially not in any biblical sense.  If anything, the situation has gotten worse.  A lot worse.  And not just for Christian families.  For ALL families.  The messianic state with its atheistic, anti-Christian policies and social agenda, has managed to further transform the classroom even more from an incubator of inquiry and learning into an intellectual and moral petrie dish of academic deconstruction, cultural indoctrination and, if I may invent my own oxymoron here, “authoritarian anarchy!”

Still, Christians by the millions continue to take advantage of this “free” education system and are more than willing to let the messianic, atheistic state raise their kids six to eight hours a day, five days a week, year in and year out, while they do what they can to minimize the long-term intellectual, moral and spiritual damage by trying to maximize the “crumbs” of time and influence that they are still left with outside of school hours and outside of school-related, organized activities and events, hoping (and praying) that their child’s SUNDAY and church-related activities will somehow redeem the time and them and offset the pervasive effects.

If I still had young kids — and I don’t since mine are both grown up and married and raising families of their own — I would have an even easier time these days deciding to yank them out of the state’s anti-Christian, anti-liberty-and-academic-freedom school system, and enroll them immediately and instantaneously in something like, oh, I don’t know, the Ron Paul Curriculum, thanks in large part to an almost-daily drumbeat of the chronicling and cataloging in the news, mostly online, about the positively absurd and absolutely insane things that are being done to and with kids and their families who insist on keeping their precious little ones enrolled in the state-run public system.

That’s the beauty of the Internet and the World Wide Web and You Tube and cellphone cameras and wireless connections, free and cheap blogging and online publishing platforms and social media.  Stories about these kinds of things can go viral and get spread all around the world REALLY, REALLY fast!  Good.

The more we become aware of just how insane (literally unhealthful) the public education system is — not just K-12 but, preschool (“head start!”), college and beyond, wherever our compulsory taxpayer dollars may roam — the less hesitant and the less reticent we will be to finally RESCUE our children, who are in reality GOD’S children, and REMOVE them from the perils and hazards of the ungodly and increasingly hostile and intolerant academic echo chamber and propaganda machine that has been passed off all these years as “education.”

So, to that end, I’m launching a new page on this site: DITCH Public Schools.  (As an alternate I thought of calling it Ditch Our Public Education System and using the acronym “D.O.P.E.S.”  That works, too!)   The page will mainly be a running commentary in the form of links to the latest news articles online about all the escapades, misadventures, mishaps and school-based shenanigans (putting it lightly) that are being foisted on our children (and, for some of us, our grandchildren), victimizing them in the name of “progressive” education, standardization and uniformity in “policy enforcement,” building school curricula around a “common (rotten) core,” plus some good, old-fashioned, organizational/bureaucratic butt-protection (which, obviously, includes tenure and pension protection, too. “Kick that can a little farther now. Yes!”).  I envision the page as a sort of “mini-Drudge Report” exposing the ills and misdeeds being committed on a daily basis within the failing, ailing public school system.

I hope you are as entertained (some of these are absurd to the point of being comical) as well as informed, motivated and challenged by these sordid-but-true tales, as much as you are INCENSED and OFFENDED by them!  They are meant to illustrate the problem, so as to move us in the direction of a solution.

With that in mind, please continue reading on our new DITCH Public Schools page!